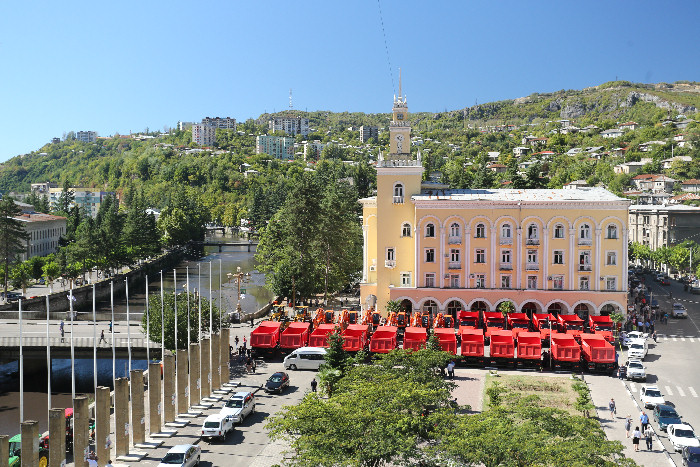 Local residents of Chiatura region have been for ages using manganese found in nearby mountains as the color dye for their clothes. Other sophisticated ways to use this mineral resource had not been known to them until manganese mining and production was set up on an industrial scale in the late 19th century. The origin and further growth of Chiatura as a city was caused by development of manganese mining and production industry in the gorge of the River Kvirila.

The city was established in 1879, when manganese ore mining commenced on the initiative of Akaki Tsereteli, an outstanding Georgian writer and public figure. By 1895, a railway line connected Chiatura to Shorapani station. At that time, Chiatura mine employed several thousands of people and supplied up to 50% of world’s manganese demand.

From 1925 to 1928, the right to use manganese mines was given to Georgian Manganese JSC (not related to the present management company) that was managed by W. Averell Harriman, an American industrialist.

Altogether, manganese ore is extracted at four older technology sites, nine underground mining sites and seven open quarries. Once the ore is extracted, it is transported to Zestafoni and other processing facilities for further production. Additionally, Chiatura Mine features numerous onsite metal enrichment factories that are used to produce several grades of manganese concentrates and other derivative ore products.

Chiatura Mine Enrichment Plant on average produces and enriches 1.3 million tons of manganese ore per year. The average annual production volume of manganese concentrate is 330,000 tons.